My name is Robyn Hamlyn.

I am 22 years old and from Kingston, Ontario.

I have always been concerned about the environment but I never really did anything significant to help it.

It wasn’t until June of 2011, when I was in grade 7, when my teacher showed our class the intense documentary Blue Gold: World Water Wars, that I realized that something had to be done.  It showed people in countries all over the world that struggle to have little, if any, fresh water, each day – and that one day, that could be all of us.

I went home and told my mother that we had to do something about this and we had to do something now. My mother told me that if I wanted to do something, I could write to our mayor and tell him my concerns.  I did.  We then went on vacation and when we returned, to our surprise, there was a message on our answering machine from the mayor’s secretary saying that Mayor Gerretsen would love to meet with me.  I was so excited!  After the excitement wore off, I got to work on what I would talk about in our meeting.  I had one shot at talking to him and I wanted to make it count.  I didn’t want him to tell me that I shouldn’t worry, that Kingston’s water was fine and then have him send me on my way with a few tips on how to conserve water.

I decided to e-mail the director of the movie, Sam Bozzo.  I asked him if there was anything specific to Kingston that I could ask of my mayor.

Sam got me in touch with Maude Barlow who is a Canadian activist that travels the world talking about environmental issues.  She is also the National Chairperson of the Council of Canadians as well as the author of the book that the movie was based on.  Maude told me that if I wanted to make a difference at my age I could ask Mayor Gerretsen to make Kingston a Blue Community.

I was extremely nervous for my meeting but it turned out even better than I thought it would.  Mayor Gerretsen listened to me and said that I could come and present to city council to try and make Kingston a Blue Community.  I found out that Kingston had already banned the sale of bottled water and their water and wastewater services were already publicly owned and operated.

On September 20th, I presented to council and that night they passed the human right resolution.

I was so happy! I couldn’t believe what I had accomplished!

I didn’t stop there though. Kingston was only one community and the change that I wanted to see happening was going to involve a lot more work.

I sent out close to 50 letters to mayors across Ontario telling them what I had done and asked them if I could meet with them to discuss making their communities Blue Communities too.  The response that I got was amazing!  Mayors wanted to meet with me! They wanted to help!

Since September 2011, I have met with 29 mayors, presented to 31 councils and have had 34 speaking engagements.

My hope is to see every community in Canada become a Blue Community.

My inspiration was Blue Gold – what’s yours? 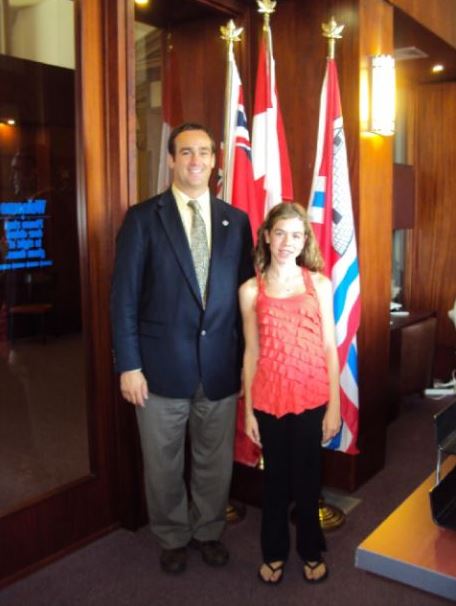 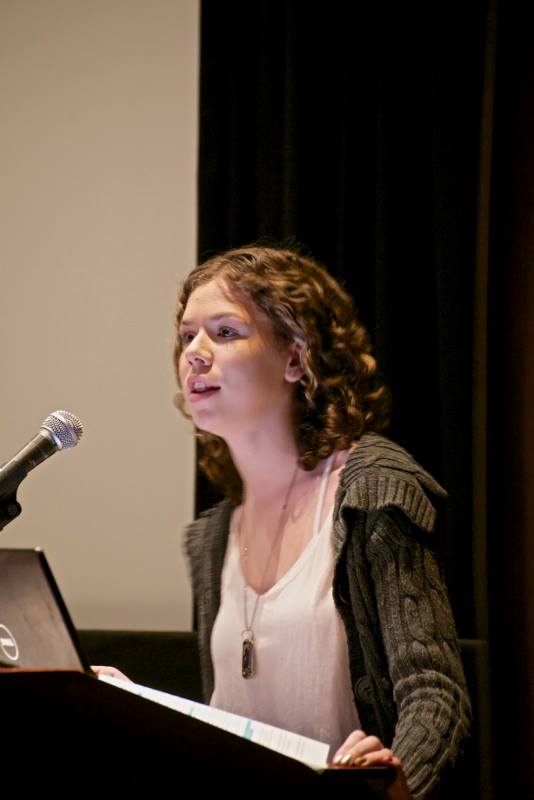 My mom has this quote on our fridge that I think we should all live by.
“I am only one; but I am one. I cannot do everything; but I can do something;
what I can do, I ought to do; and what I ought to do, by the grace of God, I will do.”
Remember that it doesn’t matter how old you are or what your background is,
we can all make a positive change in our world!